György Dragomán The Myth of Horror

I wrote the following short piece for the Lahti Writers Reunion in Finnland. The central topic of the 2007 reunion was “Beauty and Horror” and this made me recall my atttide to violence when writing my firs novel, Genesis Undone

Once I spent nearly two months on trying to describe a scene where someone attempted to beat out the brains of someone else with an iron pipe. I wanted the violence to be as real and as palpable as possible, I wanted the blows to be forceful and brutal, I wanted the urge to kill manifest itself in a tangible way, I wanted the scene to hurt. I wanted the cold force of the blows raining down on the unprotected flesh to penetrate bone and marrow. I wanted each wheezing breath to explode against the palate; I wanted the popping of the eardrums and the surge of blood to be united into a single throbbing rush of destruction. I wanted to get behind the mindless force of pain, I wanted the salty taste of blood – in short I wanted to look the horror of killing, the horror of un-creating in the eye. Day after day I failed, sometimes the scene worked, the sentences came together, and created the necessary rhythm, but I still was not satisfied, I just could not capture the horror of violence the way I wanted it, I was unable to achieve the kind of mindless brutality I aspired to. I failed and failed and failed, and I failed even when I felt that I succeeded, because I realized that in this respect success is the ultimate failure. Why? Because writing is creation and violence in its purest form is nothing but destruction, and when writing about this kind of violence these two opposing forces should have canceled out each other, and writing about the sort of destruction I wanted to write about should have been impossible. To paraphrase Beckett: one cannot write about nothing with the clarity of something. But after two months I still finished the scene, because I accepted the failure, I understood that I’d never be able to understand violence, because through the process of attempting to capture the real horror of violence I understood that violence is mindless, understanding violence’s a contradiction of terms, it is not possible, because pure violence is absurd, it is meaningless, it’s only purpose is to destroy meaning, but even this is not a real purpose, just something we have applied to it, in order to make ourselves able to comprehend. So it might as well be beautiful, beautiful or ugly, we could argue that it does not even matter which, because as soon as any kind of aestheticism enters the equation we have replaced the cold indifference of nothing with the assumed purposefulness of something, When I choose to go on and not to stop, I chose to accept my failure, the ultimate failure of vesting meaning into that which is essentially meaningless, the failure which meant creating a myth or even a mythology out of the absurdity and banality of something. Still at least I came to understood the way myths are created, and I realized that by showing the process of un-creation, the process of destruction, I could get as close to the horror of not being as humanely possible. By that time I did not even mind if it would be beautiful. I only cared about the swing of the iron pipe, about the rhythm, about the ways the blows would rain down on the body, because I knew all of it would be nothing but a part in a fictional world, part of a myth, part of a novel. 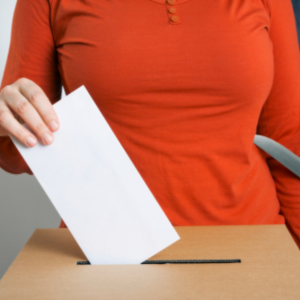 « György Dragomán: ‘one can really see how a dictatorship functions through the eyes of a child’
Remembering Romania »